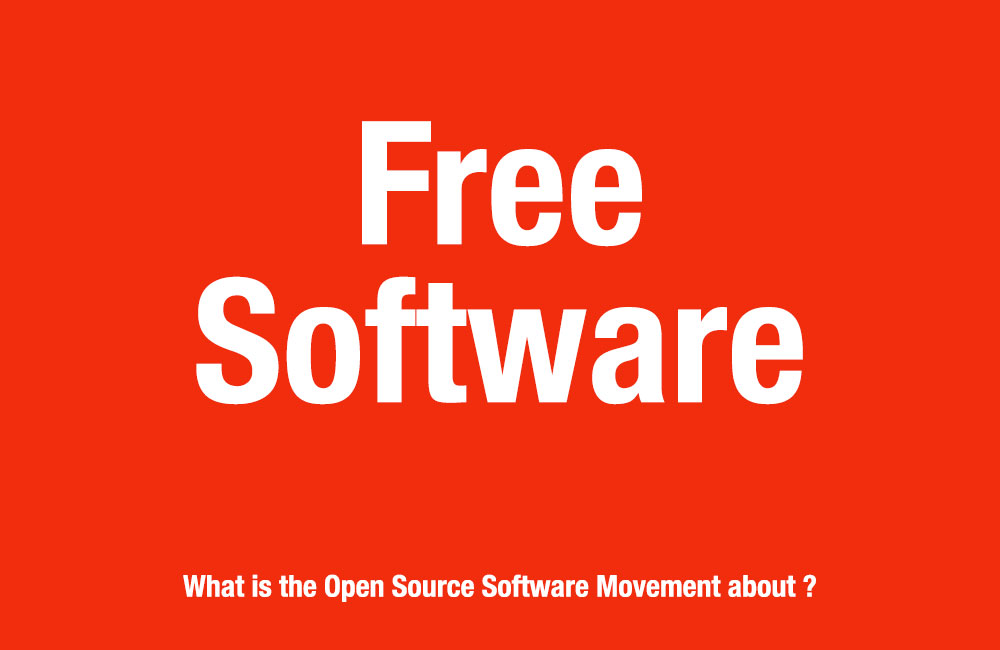 UNIX became popular in the late 1970s. It was chosen to be the basis for the projects of the US Defence Advanced Research Projects Agency (DARPA). It may be said that DARPA prepared UNIX for the Internet as it was required to operate the then new TCP/IP protocol. UNIX promoted open source movement, which was central to the development of the Internet. UNIX played a key role in the proliferation of mini and micro-computers.

In 1983, a programmer in MIT, Richard Stall-man, proclaimed the concept of free software (free as in ‘freedom of speech’ and not as in ‘free tickets’) and launched the development of a UNIX-compatible operating system made entirely from free software in 1984. Known as GNU, it became in 1991 by Linus Torvalds in Finland. The GNU/Linux system (essentially GNU with Linux added) became popular over the years, used on tens of millions of computers today. Stall-man, who is president of the Free Software Foundation.

Stallman points out that Service as a Software Substitute, or SaaSS, actually means letting someone else’s server provide the software. He advocates rejection of SaSS, if users wish their software free of control by others Stallman has inspired thousands of young programmers worldwide. The Free Software Movement of Karnataka has, for instance, several units encouraging free software. UNIX was followed by Linux, an operating system software, first written by a Finnish student at the University of Helsinki, Linus Trovalds, and posted on Usenet in 1991.

Today, variants of Linux power most of the world’s computer servers, smartphones, tablets, network routers, mobile devices stock exchanges and location-finding gadgets. Mozilla Firefox is an open source browser. Linux attracted voluntary contributions from programmers around the world. Linux is a source code open to all to look and change. The code lets software and hardware work together. It is sustained and maintained by programmers worldwide, who are just volunteers for the task. For instance, the latest Red Hat version of the Linux operating system contains over 200 million lines of code. It is quite a sophisticated piece.

Another Linux-based computer OS is Ubuntu. The word, Ubuntu in South African philosophy, means humanity towards others. Ubuntu is a free and open source software, updated every six months since 2004. Computers pre-loaded with Ubuntu may be found in India and China. There are 45,000 native apps for the system.
Marc Andreessen’s achievement in developing software for common use was an inspiration.

A popular programming language, Java, emerged as the computer industry’s best known brand. James Gosling of the Sun Micro-systems originally developed it in 1995 for interactive TV but the software was too advanced for the cable TV era. Oracle was ambitious and its strategy was designed to deliver a complete open integrated stack of hardware, infrastructure and database. The roots of Java can be traced to the late 1970’s and early 1980’s during the days of Apple II, the first IBM.

PC and many personal micro-computers.

The beauty of Java appealed to one and all. You write the code once and it can be run on almost any modern computer or operating system. Java has been used since the late 1970’s and early 1980’s, during the heyday of Apple II and the first IBM PC. The Java script programmes have grown from a few lines to several hundred kilobytes of source code. Java’s efficiency, portability, versatility and its capacity to run on any platform have enabled its users to create highly customized applications over a wide range, including mobile devices and remote processors. No wonder, Java has a massive worldwide following: three billion mobile phones; as well as 1.1 billion desktops, and counting.

The internet has enhanced the importance of software. As Marc Andreessen points out, more and more businesses and industries are run on software and delivered as online service. He cites numerous examples to support his statement. The world’s largest bookseller, Amazon.com; Netflix, a video service with the largest subscriber base; Apple’s iTunes, and Pandora, digital music service online; and Zynga, the fastest growing videogame company; international couriers like FedEx and the largest retailer, Wal-Mart are some to the software-based companies which have seen dramatic revenues in recent times.

Software has given a new role to the Internet through Skype, a service for international voice and video calls mostly for free. The software for Skype was created by Estonians, Ahti Heinla, Priit Kasesalu and Jaan Tallinn. The Skype company was founded (2003) by Janus Friis of Denmark and Niklas Zennstrom of Sweden.

The software that underpinned the transmission of voice over the Internet Protocol has been used by Vonage, a publicly held commercial network offering cheap rate for international call from the US to India. Software has also enabled a communication app, called LINE to provide free voice calls and messages round the clock. It has more than 290 million users worldwide and is used in over 231 countries including India.

The role of software in sports was highlighted during the London 2012 Olympics. British cyclists, for example, made use of software that analysed slow-motion videos and other data obtained from the participant’s body while in action, to improve performance. Boxers too benefited by software that was based on the performance of 20,000 players designed to show the right punch.

Four major reasons may be identified for the predominance of software: first, significant research in university pertaining to computer science which favors originality; second, venture capitalists, who are prepared to assume risks in supporting innovations; third, new business models that require unconventional marketing strategy; and fourth , education and human resources of a high order.

Even as software plays a key role in modern corporate world, its importance is evaluated from another angle. A German scientist, Martin Grotschel has pointed out that software algorithms have contributed more to computing efficiency than did the more familiar microprocessor. It is generally considered that Moore’s law represents the dramatic growth of microprocessors, as the doubling of the density of transistors on integrated circuits every 18 months has gone on as predicted.

This growth has contributed to the ever-new electronic devices that have revolutionized many aspects of our life. It is interesting to observe a recent trend, which shows that software teams are moving away from single processor architecture to multiprocessor environment. Grotschel has make a revealing observation. He points out that the speed of calculations over a 15-year period chosen for the research has, it would appear, improved by a factory of 43,000 million. Of this, only a factor of about 1000 was attributable to faster and faster processors, while the rest was due to deficiency of software algorithms.

One area where algorithms have made a big difference in efficient transmission and display of not only text but also images, music and videos is in data compression. Without it, more and more broadband alone will not give results a high compression ratio is critical to transmit and re-open large chunks of data within acceptable time. For example, transmission of a 100 megabit image on a 2 Mbps link will take more than six minutes in the absence of appropriate software commonly known as codecs (for coding and decoding data).

When Ritchie’s C language opened with ‘Hello World’, it was a world of open source which meant that software was open to modifications by any programmer. This situation lasted until the late 1960’s. In the 1970’s, firms such as Microsoft started to withhold the source code and make software proprietary and a source of huge profit. Closed environments dominated the computing world of the 1980’s too.

Software of one company does not run on another company’s. Gone are the days when code was shared. Today software is often guarded as copyright, though ironically open source software that runs data centres helps many a corporate entity earn huge profits. The computer world today resembles a digital archipelago with numerous separate islands.

The internet has changed the pattern of software utilization. Software is migrating to the Internet from users’ computers. Software is made available as an online service. Rapid transition to mobile devices to access the Internet will challenge software designers. Apple’s iOS system is challenged by the open source Android developed by Google. Software becomes a catalyst for creating the next wave of intellectual value creation on the Web. Software will become more focused on monitoring hacking attempts, and fixing manipulation of data.