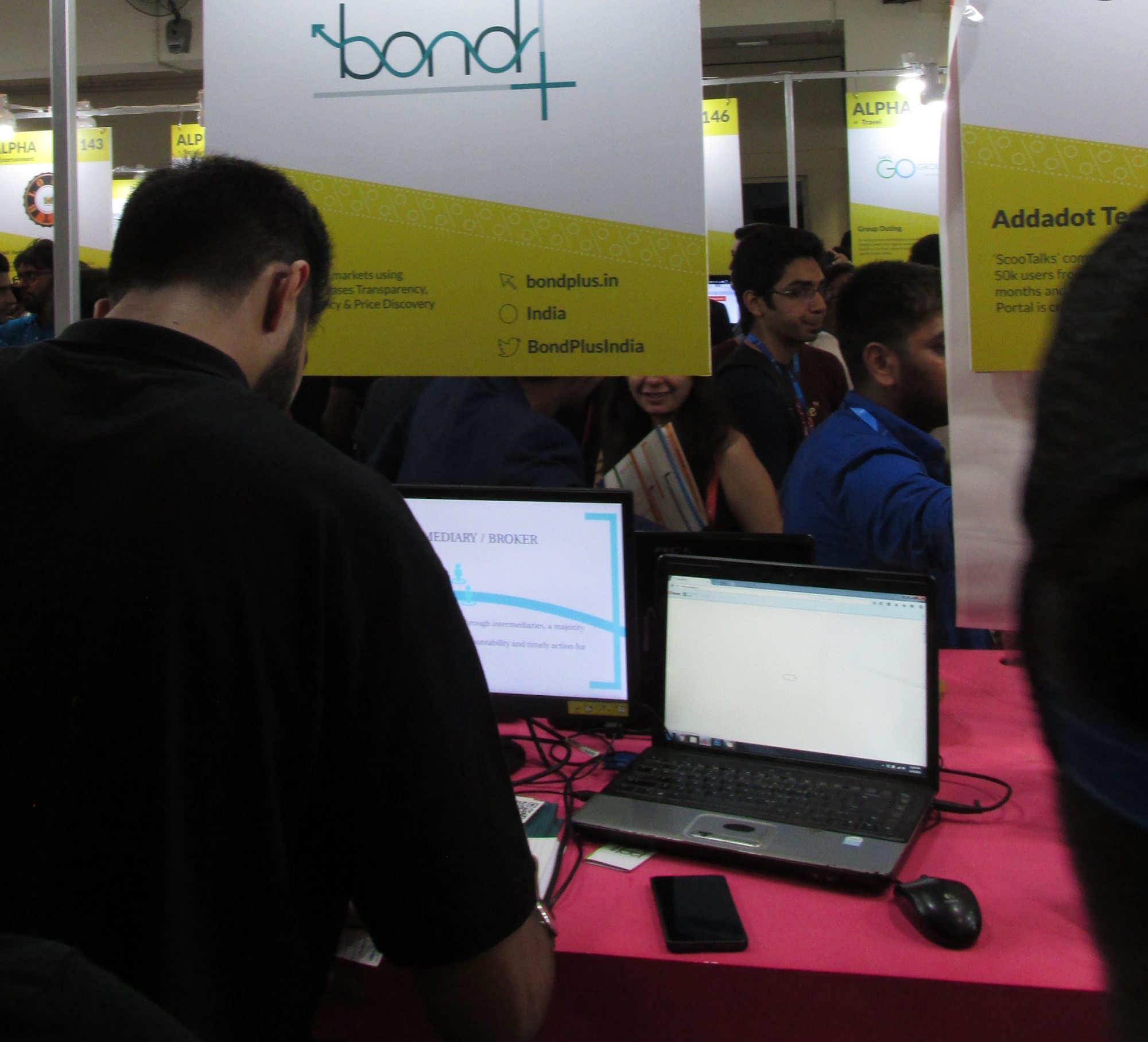 Engineers have figured out how fast news travels on Twitter. The path length of any two users is quite short in the tweet-o-sphere. In an interesting experiment in the in the 1960s, Stanley Milgram, a social psychologist at Harvard, sent packages to volunteers in the Midwest instructing them to deliver them to randomly selected strangers in Boston but not directly. The participants could mail the packages to only someone they knew. It turned out that the average number of times a package changed hands was about six and this led to the idea that there are only six degrees of separation between people. This reviewed the theory first proposed by a Hungarian writer, FrigyesKarinthy that anyone on the planet can be connected to any other on Earth through a chain of acquaintances that has no more than five intermediaries!

In 2001, a US social network researcher, Duncan Watts, recreated Milligram’s experiment on the Internet, with 48000 volunteers involving targets in more than 150 countries. The results put the average number of intermediaries at 6! This has led to research on the degrees of separation in areas such as disease transmission, corporate communication and computer circuitry. Algorithms used at the University of Milan (2011) have suggested that the number of acquaintances separating any two people in the world was not 6 but 4.34, based on about 721 million people. A Microsoft study in 2008 had found a chain of 6.6 in a group of 240 million people. On Twitter it would appear the number would be 4.2. The tweets are passed on by humans, expert the lonely ones who do not retweet! But no one needs to feel disappointed, if one’s tweets are not followed up.

It is interesting to view that the most retweeted tweet of all times is by @wendy. It is for a good cause. Each retweet sends 50 US cents to help kids in foster care. The tweets netted 50,000 dollars (2012), which means 100,000 retweets.

Observers have found several uses for Twitter other than just sending or receiving short messages. One can connect to see if all those linked to a user and all those who followed him or her retweeted the original message. Text users can follow your without themselves needing a Twitter account. One can connect to longer articles or blogs and can save one’s favourite Tweets. Each user can create a photo gallery of 100 uploaded pages and can ‘rediscover’ one’s personal interests based on the past searches and people followed. Most smartphones have plenty of Twitter apps that can be downloaded for use on the phone.

It would be useful to clarify how Twitter is different from Facebook. On Facebook, you can communicate directly only if one of the other users agrees to be your ‘friend’. But on Twitter people can sign up to follow any public tweet. The service is more like a broadcast, open to anyone and not just to one’s friends. Mr Stone, co-founder of Twitter, says it is more akin to Google than to Facebook. Facebook allows people to exchange videos, photos and other materials, whereas Twitter is part-blog and part e-mail. Twitter offers a different experience for every user. It is possible to access a wide range of topics, not limited to a dialogue between any two people. Moreover, people today seem to be keen to find out what is happening in the world instead of waiting for the news from electronic media.

Based on a study of Twitter messages relating to the mood of users, Dr Johan Bollen of the Indiana University, Bloomington has developed an algorithm that goes by his name. He uses it to forecast demand for products on the basis of social media activity. For example, he has pointed out that changes in the levels of anxiety were followed by a decline in share prices. His paper on the subject is used by hedge funds to guide investments.

Social networking is time consuming as it is necessary to craft witty messages and format the sites. The more tweets are generated through an outsourcing relationship, the more likely you are to widen the base for potential customers. Hence, outsourcing is done for posting and managing tweets by chosen firms. Twitter itself has outsourced the distribution and sale of its vast data to a firm (DataSift). Innovative algorithms analyse the torrent of data and detect significant trends. Though most tweets are inane, the vast number does reveal marketing trends and changes in the national mood. It is said that those who care to sip from Twitter’s ‘firehose’ (data flow) are rewarded with useful information.

Observers point out that it is not the number of followers of your tweets that matter most to a marketing company but rather your influence over others. Peer Index analyses the flow of information through Twitter. It finds out people who are authoritative and command attention and whose tweets would spread like wild fire. Its database consists of tweet written by about two million people. Detection of new information, when thousands tweet on a common topic, is a challenge.

In May 2008, Twitter bought search engine software called Summize from a developer. In 2011, it launched a new service, Discover, which featured personalized search. The facility helps users find the most relevant tweets, images and videos. It finds the most interesting tweets that people follow.

A social intelligence tool, Twtrland, helps you decide who you should follow on Twitter. The web tool converts Twitter streams into a detailed profile page useful for taking decisions. The algorithm for keeping the index updated is often revised so that the most recent and highest ranking tweets are selected.

In 2012, Twitter updated its algorithm and design of its Discover feature which makes it easier for the user to see the content that is popular among the people you follow and the people they follow and ‘join the conversation’. You can reply, retweet, or share your own perspective on such popular topics through ‘Tweet This Story’. The revised Discover is described as more relevant and meaningful than before as it does not just show what is trending. The new feature somewhat resembles Prismatic, a social news discovery site, which learn about your interests by monitoring your links shared on Twitter and Facebook and enables you to delve into topics of common interest. However, participation is by invitation!

The Scale of Operations

Twitter searches tweets within seconds. Images and photos are searched in real time. The scale of Tweeter operations is huge. Twitter automatically detects the searcher’s preferred language and location. It is indexing an average of 2200 new tweets every second. The number goes up in the aftermath of major events such as earthquakes. It is a challenge to weed out duplicates and tweets that do not match with personalised results. Twitter has acquired TweetDeck, another software, to automatically shorten links and post photos.

According to Twitter, thousands of developers built one million apps in the initial years. The apps that use Twitter’s technology are free to users. In recent times, Twitter developed its own tools and wanted developers to go by its guidelines. The US Federal Trade Commission is investigating Twitter’s relationship with developers. Twitter has welcomed innovative programmes. For instance, two young Indians founded a company that selected relevant Twitter posts about events. The American retail giant, Wal-Mart found it useful and acquired it.

Twitter has a new feature (2012) that will allow people to edit photos and apply photo filters from within Twitter-built apps. Sharing photos has been one of its features. The Twitter apps offer eight filters including black and white and bird’s eye view of possible changes. The latest version of Twitter for iPhone and Twitter for Android introduces a few new ways to enhance the images of a tweet. Instagram, now owned by Facebook, withdrew from its users the ability to share images directly within Twitter.

In January 2013, Twitter boss Dick Costolo posted the first video tweet demonstrating how to cook a dish in six seconds. The application known as Vine, bought by Twitter, is designed to enable users to post video in that short period. Video is expected to be the next new front to add more functionality to the social media. Twitter has introduced a music app, which would recommend track based on the musicians a user has followed on the social network.

You may wonder whether there is adequate space to store so much of data. Fortunately, electronic storage techniques have improved considerably. Ten billion messages take up about 5 terabytes of data and a 2-terabytes hard drive can be purchased for 150 dollars. The storage will be still smaller when data are sent to the Congress.

What about privacy? You can use s pseudonym and avoid any personal identifying information. Twitter does not add any ID tag that may give away the real people. A user can opt out of the list of tweets earmarked for the Library. Only the tweets of those who give explicit permission would be sent and such tweets would be released to selected persons only after six months. Its primary policy states that ‘Our services are primarily designed to help you share information with the world’.

This idea was tested during the street riots in some cities in the UK in 2011. Police suspected that the rioters had been using social networks to coordinate their strategy. A judge sentenced two men to four years in jail for using Facebook to try to organise riots. The Government came out with a proposal to limit the use of social networks during such commotions. The move was opposed by many on grounds that wrong people may be targeted. Twitter and Blackberry (cell phone) agreed to cooperate with the Police. Twitter has redesigned its service giving companies and big name brands increased prominence on its network.

At present, Twitter’s main source of income is the so-called promoted tweets. A new ‘Discover’ feature highlights content from Twitter based on users’ interests and location. It is a challenge to match the online presence of the brands to the interests of users. Twitter has announced that it considers user internet essential to its success, notwithstanding its commercial orientation.

Twitter is generally free from government control in most countries. However, a Federal judge in America held that Twitter should reveal information about three of its account holders for inquiring into possible links with WikiLeaks, The online watchdog, which disclosed secret US diplomatic cables. In 2012, Twitter announced that it would block (upon request by governments) certain messages in countries, where they were decreed illegal. Like other social networks, Twitter too faces cyber-attacks from hackers now and then.

In the UK Members of Parliament are allowed to use Twitter during debates in the House of Commons. Over 340 Members use it. The Members say that it is a valuable way of communicating with the public. In October 2011, the House voted in favour of using electronic devices provided they are kept in the silent mode and operated in a way that does not impair the decorum of the House. One MP who objected said the cricket season would make it difficult for members to concentrate on the proceedings of the House, but admitted that his stand might make him a leading candidate for the Dinosaur of the Year award!