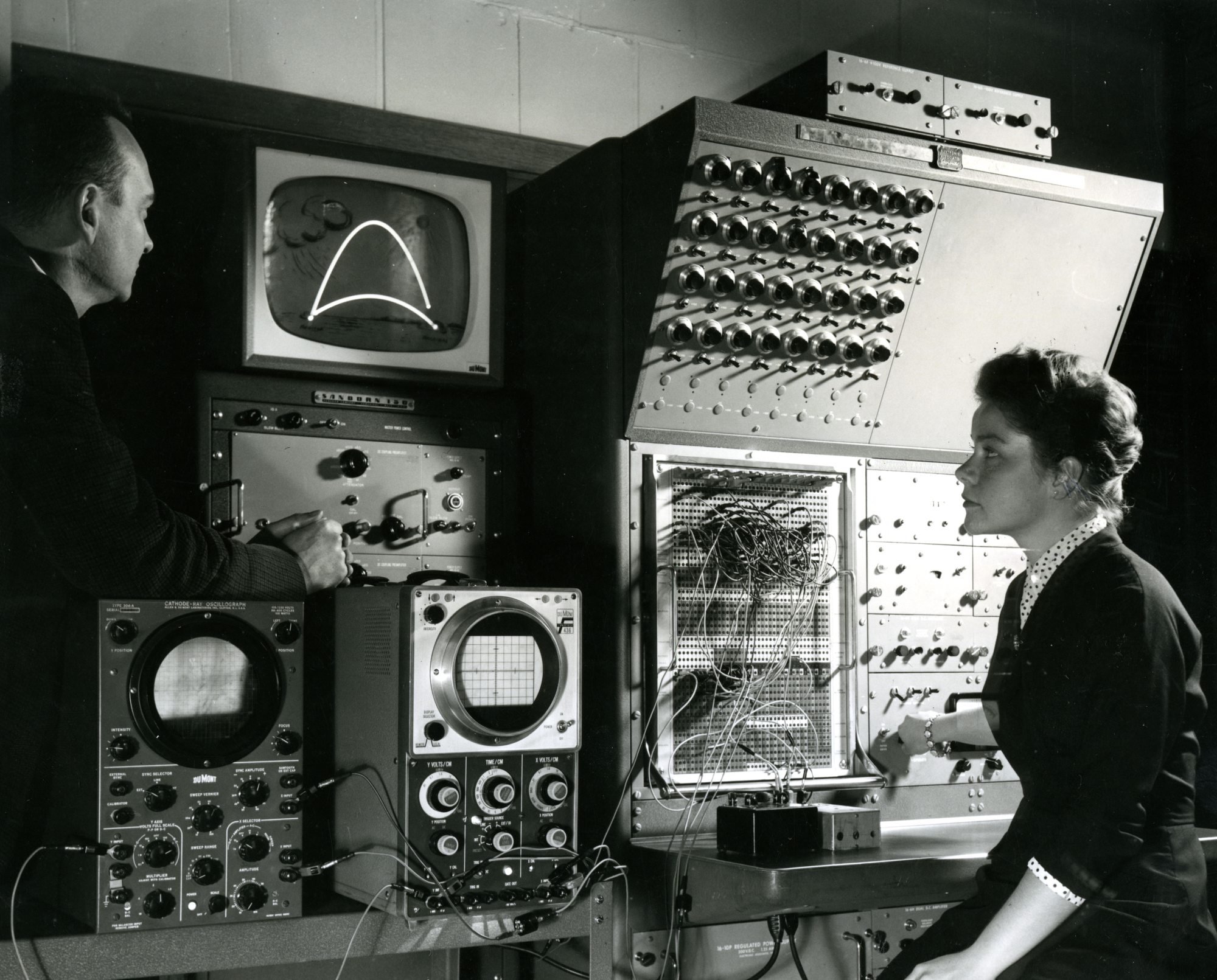 In 1960, Ted Nelson at Harvard coined the term hypertext for his invention, which was based not on microfilms but on a computer. He wrote a computer language in a non-linear format to retrieve documents from short quotations. The idea later influenced Tim Berners-Lee, who designed the World Wide Web. A network of communication was required for the exchange of data obtained while using hypertext. Two historic developments made the network possible. One was the transistor invented in 1947 and the other was a theory of information propounded in 1948 by Claude Shannon, a student of Bush.

The invention of the transistor in 1947 marked a turning point in the history of computers and the Internet. John Bardeen, Walter Brattain and William Shockley, who invented the transistor could not have envisaged how it would make a worldwide impact. After almost a decade, transistors were used to make integrated circuits.

Six years after the invention of the transistor in 1947, the University of Manchester’s Richard Grimsdale built the first, ever computer based on solid state transistors in 1953. Soon, Bell Labs and Control Data Corporation (US) came up with commercial machines. By 1957 IBM had moved away from vacuum tubes.

In 1958 Jack Kilby, an engineer at Texas Instruments, built the first complete circuit on a single substrate of germanium. Later, Robert Noyce, a physicist at Fairchild, independently made an integrated circuit based on silicon and used photo-lithography to produce circuits on it. This led to the popular method of making ICs. The progress of integrated circuits led to a reduction in the size of the devices that use them. The giant of a machine called the ENIAC was soon reduced to a pocket size device thanks to the amazing progress in packaging more and more integrated circuits. Meanwhile, the laser was developed in 1960 by Theodore Maiman. People did not know what to do with it. It was described as a solution in search of a problem!

The first electronic computer in Japan was developed in 1950. By then the world’s first business computer, Leo, was tried in England. Thought it could connect silos of information and make forecasts of output and sales, it was entirely used for calculations. Its significance for other applications was hardly realized. Its main problem — the heat generated by its 6000 valves – preoccupied the inventors. The first transistor based computer was developed by the University of Manchester in 1953. A computer based on binary format was set up, unlike the decimal based ENIAC.

Thought ideas for the essential features of today’s computer originated in Europe and Britain, the invention of the transistor, the integrated circuit and microprocessor in the United States marked a turning point in the power of the computer resulting in innovations in handling digital data. The search for a new communication medium based on computers led to the emergence of the Internet. In this evolution, young pioneers of computer programming played a crucial role. In the 1940s and 1950s, a small group of brilliant engineers and mathematicians gathered at the newly created Institute for Advanced Study in Princeton, New Jersey.

The mathematicians themselves, however, saw their project as the realization of Alan Turing’s theoretical ‘universal machine’. The engineers worked in isolation, almost entirely independent from industry and the traditional academic community. The Princeton group did a lot of experiments based on their mathematical insights. The computer they built led to the hydrogen bomb but quietly paved the way for the emergence of the stored programme control, a key concept that drives computer revolution.

The well-known historian, George Dyson, has found a wealth of new material about this project. He is of the view that the crucial advancements that dominated twentieth-century technology emerged from one computer in one laboratory, where the digital universe as we now know it was born. analyzing the pace of progress in this field, he points out that the digital data deluge we see today following the emergence of networks started as a trickle in the form of a 5- kilobyte matrix, boosted by rare insights and amazing intuition by a few gifted people.