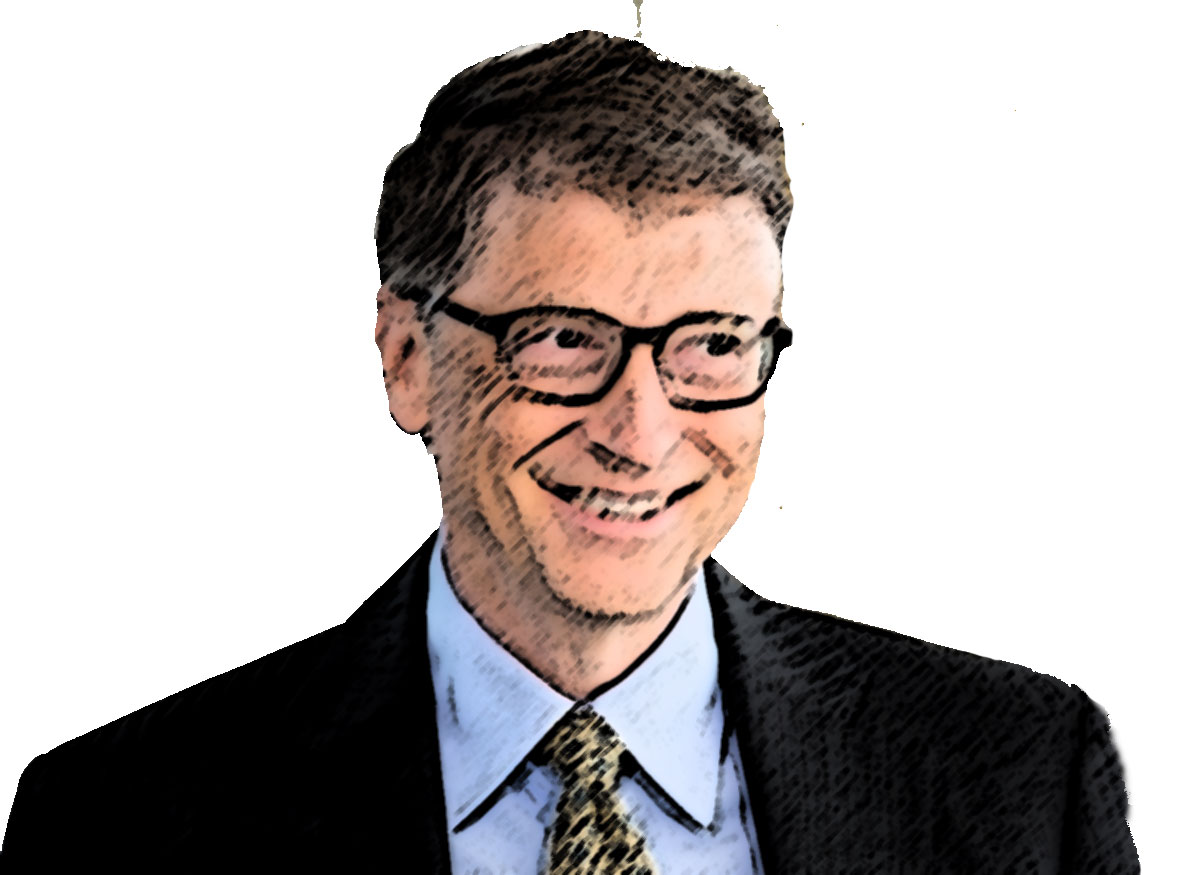 William (Bill) Gates lll was born in 1955. His father was an attorney and his mother a school teacher. Young Gates did computer programming of 13. He entered Harvard University in 1873, where he developed a version of the programming language called Basics (first developed in the mid-1960’s) for the first micro-computer, the MITS Altair. He left Harvard in his junior years to found in 1975 his company, Microsoft, with his boyhood friend, Paul Allen and Began developing software for personal computer.

In 1996, he strategically redeployed Microsoft to benefit from another window of opportunity called the Internet. He developed his version of Window software which vanquished IBM’s Operating System/2. His confrontational management style became a byword for dedication for his employees. He introduced Microsoft Office to bundle office productivity applications into one system. Microsoft faced many court battles on charges of being a monopoly. He was accused of insisting on computer maker of selling his Internet Explorer software along with the Window operating system. He reached a settlement with the Federal government.

Gates is well-known for his acquisition of any software that would make a mark for improving the range and quality of Microsoft. Till date, Microsoft has made more than 100 acquisitions. In 1989 he met a Microsoft executive, Melinda French and married her in 1994. Together, they decided to give more for charity and founded in 2000 the Gates and Melinda Foundation, which is now the world’s largest charitable organisation with an endowment of 36 billion dollars.

Gates, described as the richest man in the world (his wealth was estimated to exceed 101 billion dollars), turned over the job of CEO of Microsoft to his college friend, Steve Balmer. Gates remains its Chief Software architect but devotes himself full-time to philanthropy. The tenet of his Foundation is ‘Every life has equal value’. The Foundation has helped the eradication of polio in India and aims to stem the spread of HIV/Aids virus in many countries including India.

‘The Giving Pledge Initiative’, started by Gates and Warren Buffet, another American billionaire, envisages the world’s super rich to give away at least half of their fortune to charity. Gates is interested in biotechnology and satellite-based cell phone links and digital archive of art and photography. His interests range from reading, golf playing and bridge. He is an admirer of India’s progress in software. He has received numerous awards and honorary doctorates from various universities. He was made an honorary Knight Commander of the Order of the British Empire.

Windows 1.0, a packaged software, was brought out in 1985. Users just moved a mouse to print and click their way through Window, rather than typing MS-DOS commands. Drops-down menus, scroll bars, icons, and dialogue boxes were attractive and users could easily switch to various programmes without quitting the machine. The programmes included notepad, calculator, calendar, a game and a clock to help users manage their daily activities.

In 1987, Microsoft released Window 2.0 with desktop icons and expanded memory. It was designed for the Intel 286 processor. When Intel 386 processor was released, Microsoft came out with Windows 386 and took advantage of the extended memory of the new processor. Also in 1987, Microsoft acquired PowerPoint software developed by Robert Goaskins and his group. As it was not supported by Microsoft, Gaskins started creating it for Apple’s Macintosh which was released in 1984. Bill Gates was reluctant to buy it. But it became hugely popular as graphical presentation was a commercial hit on computers and Microsoft soon bundled PowerPoint with its other features.

Windows was increasingly used at work and at home. Games like solitaire and Minesweeper were introduced. PCs became an integral part of the emerging client-server computing scenario. Windows NT 3.1 (1993) made it a strategic platform for supporting high-end engineering and scientific programmes.

Windows 95, released in 1995, had built-in Internet support, dial-up networking and new Plug and Play capabilities for easy installation of hardware and software. It also had multimedia capabilities and powerful features for mobile computing and networking. When Windows 95 was released, 80 per cent of the world’s PCs were running on older versions. Hence Windows 95 was given out as an upgrade for both floppy disk and CD ROM formats in 12 languages. A higher processor (Intel-486) and at least 4 MB of RAM were recommended. New features on Windows 95 included the Start Menu, Task bar, and Minimize and Maximize as well as Close Windows.