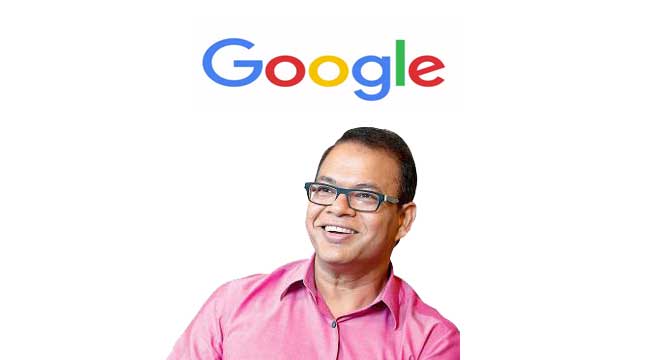 The world’s largest search engine, Google is well-known for its astonishing feats of finding answers to your queries in less than a second. Google’s co-founders would have hardly imagined that their best innovation would one day be enhanced by an unknown Indian.

Four years after Google’s search engine was formulated, Amit Singhal from India rewrote the algorithm to effectively meet the rapid growth of queries. The founders of Google welcomed the contribution. He was made a Google Fellow and is now its senior Vice President.

Amit was born in Uttar Pradesh and spent most of his boyhood in the foothills of the Himalayas. He got a BS degree in Computer Science from the University of Roorkee (now IIT- Roorkee) in India. Later he obtained MS in Computer Science from the University of Minnesota and Ph.D. in the same subject from Cornell University, New York. At Cornell, he was inspired by the late AT&T Labs in 1996 and in 2000 he joined Google on the advice of his friend, Krishna Bharat.

Amit’s research interests include information retrieval, its application to web search, Web graph analysis and user interfaces for search. He has also done research on speech retrieval, which could power a search engine for speech.

Google researchers also use what are known as Fusion Tables, where a database is created and shared with others. For example, information on Google maps can provide on interactive guide. Using this method, evacuation zones in an area can be pin pointed. Again if several Fusion Tables return the same information, computers can ‘guess’ the reality.

Spelling correction is another area. When Barack Obama ran for president, people were not sure of the spelling of his name. Analyzing various spelling typed, Google zeroed in on the one that got the results. The finding was then used to automatically correct the spelling. The example shows that the system can train itself. For example, it can recognize what people mean when they pronounce certain words in their own way. If ‘snack’ pronounced as ‘snake’, for example, the system should be able to determine on the basis of other data like location that what is meant is not an animal! Google learns from its users the best way of communicating its recommendation of a product or service.

Measuring the Web of Life

The Page Ranking algorithm is being tried to figure out the key species in the web of life. Building realistic models based on the way species interact is a challenge. It is now sought to be addressed with the availability of enormous computer processing power. For example, a typical question is: which species are essential to the survival of an ecosystem? Dr Stefano Allesina of the National Centre for Ecological Analysis and Synthesis (NCEAS), and Dr M. Pascual of the University of Michigan studied the topic and identified critical species in some areas.

Just as Page Ranking is used to measure the value of web pages, the value of a species is determined on the basis of the number of flora and fauna that rely on it for survival as well as the number of the links it has managed to connect with it. Ecosystems under stress can be assessed in a scientific manner.