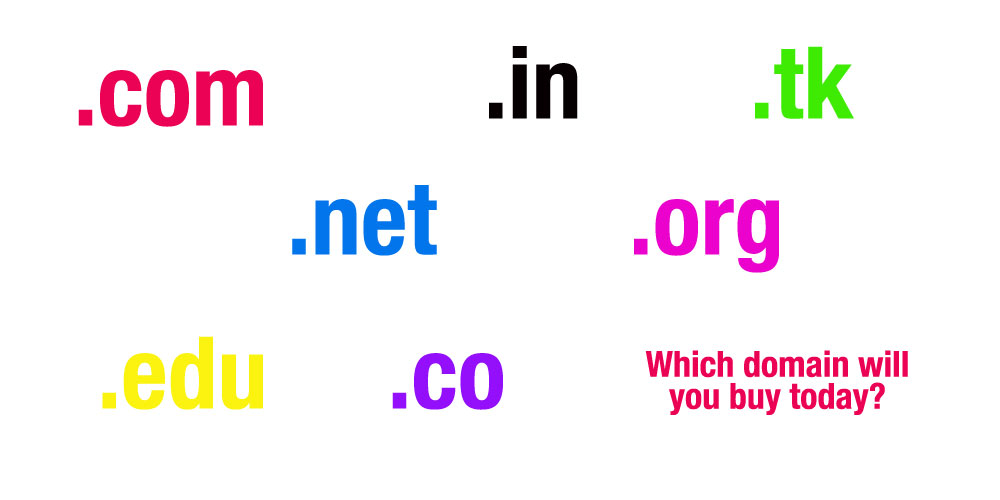 When a user types the web address into the browser, the request is sent across the Internet to routers, which identify the web server to be contacted. The signal is sent to what is known as a Domain Name System (DNS) server. Just as in a telephone system, names and numbers and connected, DNS connects the websites to their related numeric Internet Protocol addresses. Every device that goes online is allocated a unique Internet Protocol address.

With the growing popularity of the Web, the address system called for a review. Accordingly, the DNS was introduced in 1983. Invented by Paul Mockapetris, Craig Partridge and John Postel, DNS made it easy for people to use the Internet, when names, instead of numbers, were assigned to hosts. Domain names such as.edu, .gov, .com, .org and .net were soon gobbled up by users.

DNS translated the web addresses (e.g. mohan @ hotmail.com) into a numeric Internet Protocol (IP) address that computers understand (e.g. 556.58.246.80). DNS is a large database, which forms the backbone of the Internet. The receiving web server than searches the specific document required and if it is found, sends the same to the web browser of the user for display on the computer screen. DNS permits a scalable mechanism for resolving host names into Internet addresses.

The paper by Kahn and Cerf, who are generally regarded as the founders of the Internet, outlined a new computer communication protocol, which was based on a packet-switched network, and designed to support connections between different networks and called TCP/IP. The protocol divides messages into datagrams for transmission into separate ‘envelopes’ with an address. The packets consisted of less than 1500 characters each (a number called checksum) for detecting any error. Routers sent the packets along different routes, checked if the check-sum agree and if they did not, called for re-transmission. When all the correct packets arrived, the TCP re-assembled them into their original form.

Even when two networks were linked in 1976, it was considered no more than a bridge between them. In 22 November 1977, ARPANET was linked internationally from San Francisco to the University College of London as well as Norway. Scholars regard this event as the start of the Internet as it showed a connection of disparate networks, made possible by the introduction of the TCP/IP protocol. But for the protocol, APRANET, which was one network, would not have morphed into the Internet, which is a network of networks.

By 1981, ARPANET had begun adopting TCP/IP, then a standard protocol for exchange of information. Jon Postel, an American computer scientist (1943-1998), defined the protocols for the ARPANET and gave a transmission plan to migrate 400 hosts from an older protocol to TCP/IP and set a deadline for it as 1 January 1983. Accordingly, Defence Advanced Research Projects mandated that all the computers on its network be interconnected using the same protocol. That day marks the birth of the modern Internet. It was a momentous day in history as Vint Cerf recalled on its 30th anniversary in 2013.

Moving data from one machine to other in another network was no longer a nightmare. A global, open and easy to connect network emerged. It is interesting to recall the government control of the ARPANET was retained, despite the clamour for its acquisition from AT&T, a telephone monopoly firm. In retrospect, the decision proved a blessing, as it paved the way for an open and neutral Internet.

A significant feature of the Internet was established early on. The Internet was kept as an open platform not dedicated to any one application like the telephone. Kahn and Cerf opted to keep it rather simple and not tied to specific applications. They had the foresight to envisage potential applications not envisaged in their time. Who would have then dreamt of You Tube, Skype and mobile video based on the Internet? In fact, years later Cerf himself said the thing that was going to surprise him was mobile applications. Recalling the seminal paper he and Kahn wrote in 1974, Vint Cerf said, “we did not dare to assume that the Internet would turn into the worldwide platform it’s become”. Yet their decision to keep it open to new applications turned out to be a great benefit.

The early university networks set up in a small way in Michigan (1966), USENET (1980) and FioNet (used by hobbyists) soon became relics of a distant past. Still, there was not switching centre as in the telephone network to enable data centres work without laying separate cables for each network. This situation was remedied by the establishment of what is known as Network Access Points. Four such points were soon flooded with traffic and a company called Equinox created a network of data centres bypassing the big four and thus triggered the transformation of the centralized Internet into a distributed network.

A key underlying technical idea of the Internet pioneers is significant. The Internet was envisaged as a network based on multiple, independent networks of rather arbitrary design. It was called open architecture networking. It meant that the choice of an individual network was not dictated by a particular network architecture. However, an open architecture still needed safeguards against lost packets. Hence Bob Kahn outlined four basic principles to be incorporated into the Internet: one, each distributed network can connect with the Internet without any internal change. Two, lost packets would be retransmitted; three, black boxes (since called routers) would simply forward the packets to correct destinations without retaining any content; any four, there would be no global control of the system. Thus the implementation of these principles ensured not only efficiency but the independence of the system.

The TCP/IP protocol was eventually reset into two, the simple IP providing only for addressing and forwarding of individual packets, while the TCP ensured flow control and recovery of lost packets. Kahn requested Vint Cerf to do the detailed designing of the protocol. In defining the specifications for use of the protocol, Jon Postel, made a significant contribution. He had set up the first node on the ARPANET. Many engineers contributed to the practical working of the Internet based on the principles set out by Kahn. It was a remarkably collective effort.

By 1985, the Internet was well established as a technology supporting a broad community of researchers and developers and used for daily computer communications. Later, the TCP/IP protocol was implemented for desktops also.

Time-sharing became an obvious advantage E-mail became popular and even at that time, packet-based voice communication (the precursor of Internet telephony) and the menace of ‘worms’ were envisaged. One important assumption was that the Internet was not designed for any one application as was the telephone network, but for sustaining several uses.

A protocol, knows as IPv4 (Internet Protocol Version 4), designed during the early days of the Internet catered to the growing number of websites and as a result it has almost reached its limit, when a little over four billion unique addresses were created by April 2012. A new standard, known as IPv6 (Internet Protocol Version 6), came into effect in June, 2012 to support virtually unlimited Internet addresses.

Experts say that the latest version is better suited to mobile phones, which would eventually become compatible with IPv6 only and simplifies the task of routers. Both versions will run for some time until eventually, IPv6 will prevail. In 2012, only one per cent of the total number of Internet users had IPv6